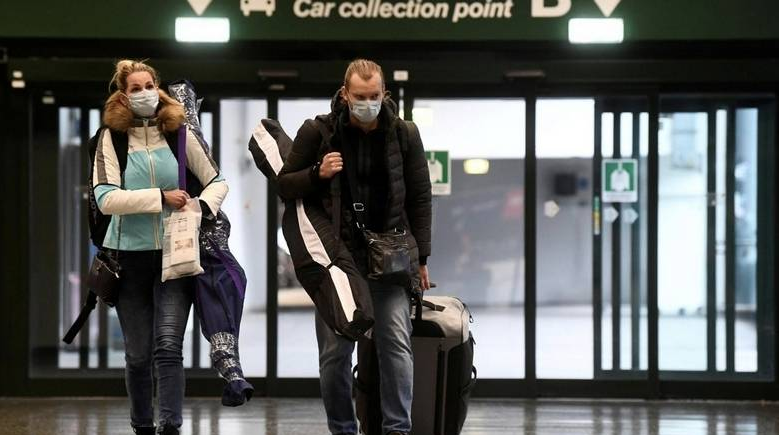 New infection control restrictions in Europe stirred anger and frustration on Sunday as around the world the global coronavirus toll crossed one million dead.

Demonstrators in Madrid complained that new lockdowns to confront mounting case numbers were discriminatory as they mostly hit poorer districts.

And in France, authorities tried to soothe the pain of a shutdown for bars and restaurants in the Mediterranean city of Marseille that has owners up in arms.

Saturday saw a 10,000-strong anti-lockdown demonstration in central London that was broken up by police. Worldwide at least 1,000,502 people had died of coronavirus from among over 33 million infections, according to a Worldometers count.

But there were glimmers of positive news, as residents of the Chinese city of Wuhan - where the virus emerged last year - reported a hesitant return to normality, while the French Open got under way at Roland Garros in Paris.

In Australia, Victoria Premier Daniel Andrews said Melbourne residents would be free from Monday to leave their homes for work, exercise, shopping for essentials, or providing care after active cases in the state fell below 400 for the first time since June 30.

The relaxation of the curfew, imposed on August 2, comes after 16 new infections and two deaths were reported on Sunday. People will still be confined to within 5km of their homes, and fines for breaching other restrictions will be increased to almost A$5,000.

Protesters in the Spanish capital hit the streets a day before a partial lockdown is extended beyond the 850,000 people already covered. They complained that the 37 districts already affected are mainly low-income areas.

In New York state - once the epicentre of the US outbreak - new infections rose for the first time since June to above 1,000 a day, local officials said.

In India, meanwhile, infections closed in on six million on Sunday as Prime Minister Narendra Modi called on people to keep wearing face masks in public. "They are potent tools to save the life of every citizen," he said.