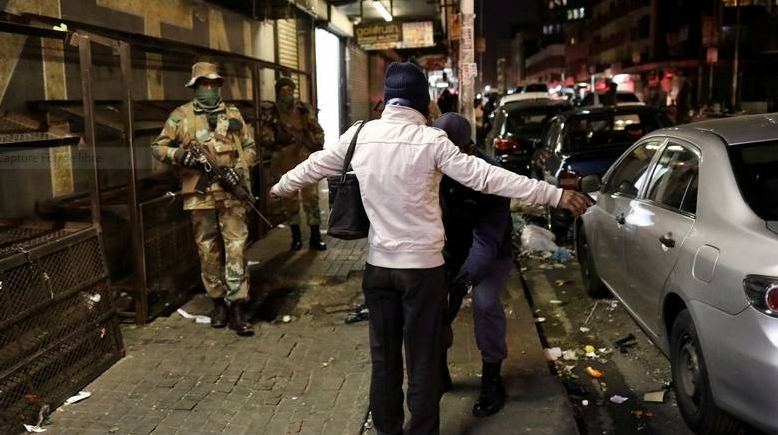 South Africa's cases of Covid-19 crossed 300,000 on Wednesday, the most in Africa and among the 10 highest in the world.

Africa's most industrialised nation recorded a rise of 12,757 cases on Wednesday to reach 311,049 confirmed Covid-19 cases, its health ministry said in a late evening statement four months since the first case was confirmed in the country.

South Africa has tested about 2.3 million people so far and has had 4,453 deaths since March 27, the statement said.

President Cyril Ramaphosa put a lockdown into effect on March 27, shutting shops, requiring people to stay at home and sending the army on to the streets to enforce the measure when South Africa had only 400 cases and no recorded deaths.

The government later eased many curbs over fears for its struggling economy.

But with coronavirus cases increasing in the country of 58 million people, an exasperated Ramaphosa on Sunday re-imposed an alcohol ban and a night curfew.

"We are crossing the river by feeling our way across the stones. Sometimes we put our feet on slippery stones and sometimes on firm ones," Ramaphosa said on Wednesday during a public address.

Charles Robertson, a senior economist at Renaissance Capital, who has been closely tracking the coronavirus, said South Africa's early action was impressive.

"What became clear is that lockdowns don't work in low-income countries," he said. "In informal economies, (people) ... can't afford to stay at home."

About half of South Africans live in poverty, and about a third are unemployed. Some 3 million have lost their jobs since the lockdown began, according to a study by South Africa's Coronavirus Rapid Mobile Survey (CRAM) released on Tuesday.

In many parts of the country, Covid-19 wards are packed, so patients are spilling into other departments and into tents outside, health officials say.

"The storm that we have consistently warned South Africans about is now arriving," Health Minister Zweli Mkhize told parliament.

Despite rising cases, barely 1.5 per cent of cases have proved fatal so far, in part because of a young population. That will rise as shortages of oxygen and hospital beds worsen. Ramaphosa said scientists had predicted up to 50,000 deaths.

"We are seeing a system that's under pressure, not under disaster collapse ... But it's taking a huge strain," Charl van Loggerenberg, head of emergency medicine at Life Healthcare, which has private hospitals treating Covid patients across the country, told Reuters.

At public hospitals, which were struggling with capacity anyway, medics have complained about a lack of staff and protective equipment.

"Not enough health workers have been hired, our requests for PPE have been ignored, guidelines are not being followed," said Sibongiseni Delihlazo, spokesman for the main nurses' union.